The Delta variant of the novel coronavirus is speeding up its spread, resulting in a slowdown in global container turnover. This variant is having a huge impact on some Asian countries and regions, which urged many of them to cut off the land passage.

As the U.S. shopping season approaches, retailers’ increasing orders have intensified the pressure on the global supply chain. Currently, the container rates from China to the U.S. have exceeded $20,000 per container of 40 feet, reaching a record high.

Philip Damas, general manager of  Drewry Maritime Research, pointed out that the global container shipping market was so chaotic and lack in supply that many shipping lines charged four to ten times the normal price for rates.

Philip Damas said, “We haven’t seen this in the shipping industry for over thirty years.” He then added, “it is expected that the extreme rates won’t end until the Chinese Spring Festival in 2022.”

Recently, Freightos Baltic Daily Index adjusted its method for counting shipping rates. It was the first time that the insurance premiums and surcharges of all kinds were included, which greatly improved the transparency of the actual costs paid by shippers. According to the latest indexes:

China Ports & Harbours Association expressed that the turnaround time at some major foreign ports would be slowed to about 7 to 8 days after the outbreak rebounded in some countries.

The soaring rates led to higher charter rates for container ships, impelling shipping lines to prioritize service to the most lucrative routes. Executive consultant of Alphaliner Tan Hua Joo said, “Ships can only profit in sectors with higher shipping rates. That’s why the shipping capacity had been shifted mainly to the U.S.”

Drewry’s general manager Philip Damas said, “Some carriers have reduced volumes on less profitable routes, such as transatlantic and intra-Asian routes. This means that rates for the less lucrative ones are now rising rapidly.”

Maersk, Mediterranean Shipping Company and CMA-CGM introduced and increased an array of surcharges.

Recently, American Federal Maritime Commission issued a notice requesting responses from eight shipping carriers with regard to congestion-related surcharges that they had implemented or just announced. The action was taken in response to information received by FMC from “multiple sources” reporting that the carriers had unreasonably implemented the surcharges.

Despite all those efforts, they could not eventually stop the shipping lines from charging surcharges or raising rates.

Maersk had announced that it would impose a Peak Season Surcharge (PSS) from August 16th on all shipments from China (including Hong Kong and Taiwan), Japan, North Korea, South Korea and Mongolia to Melbourne, Sydney and Brisbane, Australia.

CMA-CGM announced on August 4th  that it would increase the Overweight Surcharge (OWS) on shipments from Northeast Asia, Southeast Asia, China (including Hong Kong and Macau) and India to the East Coast of South America from September 5th .

According to its announcement, every 20-foot dry container with gross weight equal to or exceeding 18 tons shall be surcharged for another $300.

Need a Sourcing Agent and logistics support? You are welcome to send email to info@keensourcing.com. 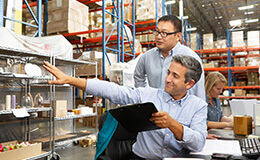 Tell us what products you to purchase, We will response within 24 hours.

We know Chinese manufactures well, and can always offer you the lowest price.